I’ve not been able to blog recently other than the response that I’ve had to the ODB pamphlet on depression. The reason has been that I’ve been rather overwhelmed.

It’s been three therapy sessions in between by now, with the first one being so overwhelming that I think I cried for 45 minutes out of an hour long session. In between, I felt wrung out, tired, and the depression came with such full force that at times I lost hope. I did actually lose hope and broke down on a bus ride home because I felt like there was no way out, that therapy isn’t working, that there isn’t any use going on. Then I went for therapy the next day.

25 Jan 2018 – I cry tons during my therapy. Something really deep inside has been exposed and I’m struggling with the implications, and the struggle of containing the fallout.

1 Feb – I admit to a friend over WhatsApp that I’m overwhelmed and feel that I can’t carry on. I also message my support group (a couple of friends and my wife) that I’m breaking down on the bus. Cry quite a bit on the way home.

2 Feb – Therapy. I also get the chance to share my story with some RI Level 5 and 6 students.

4 Feb – I lose my temper with my boys. My wife and I decide that I need to take a break from disciplining the boys. While discussing this, I bruise my arm by slamming it repeatedly against a cabinet. Because my emotions have nowhere to go. On the same day, after I’m out alone, I spend the better part of an hour pleading with my wife to let me break my promise to stay safe. She refuses, and my support group keeps reminding me of all the reasons I’m worth their care and love. I manage to hold myself together long enough for a quiet dinner at a mall, before heading home.

8 Feb – After posting a series of comics on ECT (ElectroConvulsive Therapy), instead of discussing a difference in opinion fairly, I lose my composure, and almost decide to pull my comics off the Internet totally. Instead, after calming down and drawing a little more for the day, I decide to just continue posting for now.

I think in summary, it’s been pretty difficult to deal with everything. My emotions have been off the charts, and I have struggled to find enjoyment in anything that I do, from my walks to my building. Even the guinea pigs only bring only short relief, and I found myself slowly wanting less to play with them. I’ve also left my bricks untouched largely for the same reason.

What’s changed however, is that my therapist now wants me to learn how to do mindfulness, so that I can better manage my emotions, before we wade back into the painful topic. It’s evident to her that I’m pushing too hard, and I’m frustrated with myself and the lack of progress, so she wants me instead to practise mindfulness instead, and see what happens. This started from 2 Feb, where she wanted me to try observing my thoughts instead of judging them. One phrase she told me really stuck with me – “You can stop fighting against yourself now.”

I never really realised that was exactly what I was doing. My frustration and my putting pressure on myself to recover was starting a negative feedback loop that set myself back every time it happened. Instead of having the space to deal with my emotions, I was judging, questioning, analysing every single thing that came out, and when it didn’t make sense, I got even more frustrated and felt hopeless and helpless. Well, it hasn’t made sense for most of my adult life. How would it make more sense just because I want it to?

So, mindfulness. Mindfulness isn’t just about emptying the mind, or a specious, different way to look at things. Mindfulness extends a space bubble around my thoughts and emotions, allowing them to simply exist within that bubble. No judgment is needed – even if I do end up judging them, I don’t judge the judgment. This is the critical key in my case. I tend to judge myself for thinking negative thoughts, and then get frustrated even more at my frustration, ad nauseum. Mindfulness allows me space to look at and observe my thoughts and emotions, allowing them to develop more fully, while giving me a distance from them so that I don’t become wound up so much that I stop them in their tracks before they are fully formed.

On top of this, my therapist introduced something new into my mind – compassion and kindness for my thoughts, and by extension myself. Mindfulness doesn’t say this directly, but it’s true by extension – to allow my thoughts and emotions the space to develop and to acknowledge them, means that I need to be compassionate to them. To myself. It feels weird, and as I told my therapist, wrong. She alluded to our Asian culture not really allowing ourselves to be compassionate or complacent about ourselves, but I wonder how much of that is just me being harsh, and my inner critic being uncompromising. I no longer know which is which by the way. I mean, my self and the inner critic.

In the past week, I have started to recognise that my inner critic can be rather unreasonable. Whether it’s for myself or for others. I have stepped back to observe my thoughts and emotions, and on an objective basis, where I use others as a benchmark, I came to that conclusion. Today, my therapist had me take it one step further by having me practise kindness and compassion to my thoughts.

Not only did I come to the realisation that I was being harsh, I also felt sad for myself, and compassionate. That I’m also a victim of the circumstances that I am in. This wasn’t self pity, or a case of feeling sorry for myself. It was a genuine sense of sadness at seeing what I was going through as though I was a stranger watching myself. It made me feel something for myself that I’ve never felt before – genuine compassion, and a sense of kindness that I couldn’t have borne under if not for that space bubble that I was holding. Remember that I don’t think I deserved kindness or compassion. 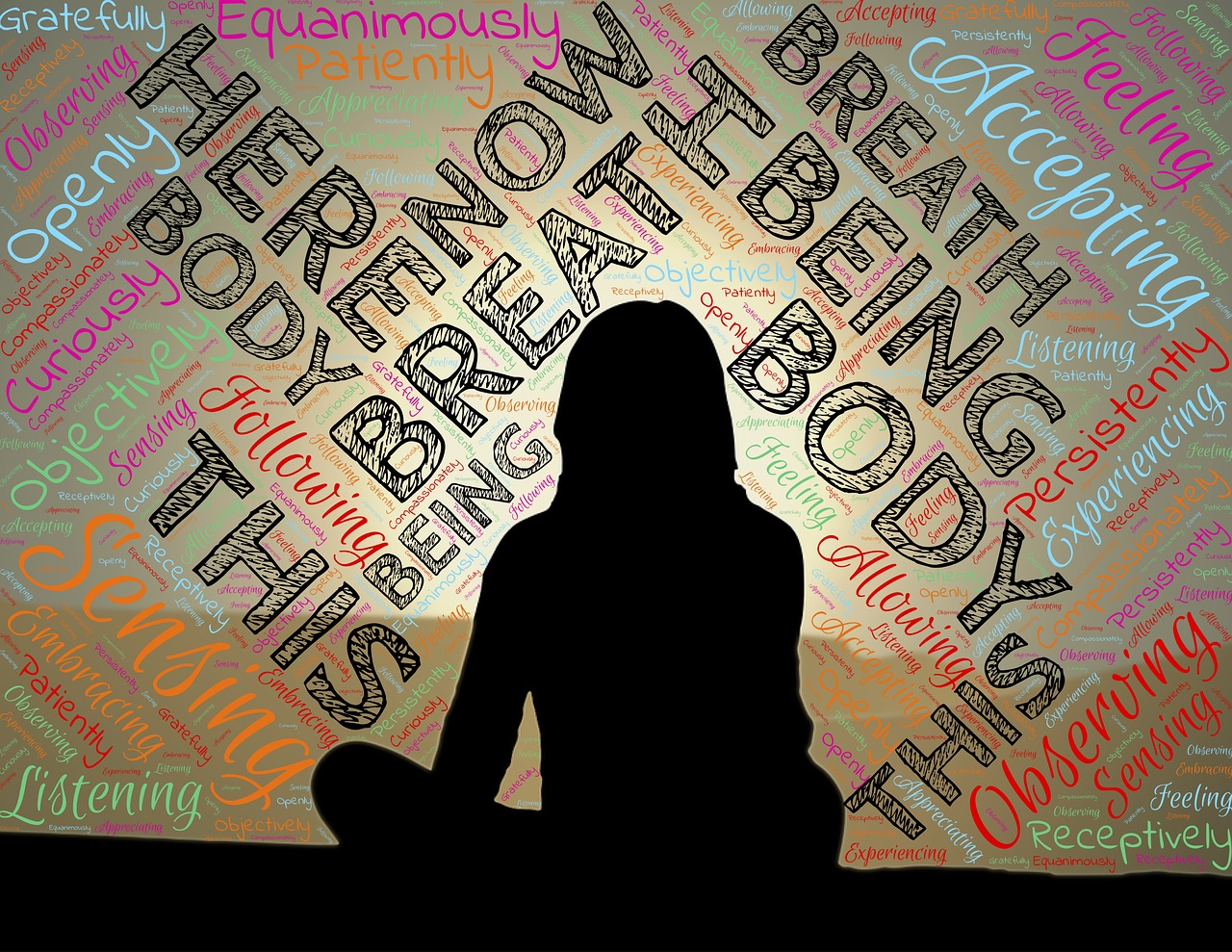 My therapist wants me to explore this for a while more, over the next couple of weeks. I don’t know how well I’ll do being compassionate to myself, but I can see that this is definitely something new. In her words, I can always choose to go back to beating myself up if I find that this doesn’t work. She also pointed out that being harsh with myself hasn’t really worked out over the last 30 over years. Or I won’t have ended up with depression.

The amusing thing is that I think she knows I could take this statement, and it kind of forced me to acknowledge that indeed nothing else I’ve tried has worked over the years. It won’t hurt me to try something new, at this point. So I’ll give it a shot, and see where it leads me.

Mindfulness also has a component of being fully present. I’ve not been able to enjoy my activities because my mind has always been elsewhere. In order for my bubble to exist, I need to be present with my thoughts and emotions – including when I am doing something to enjoy myself. It’s ok to be distracted – acknowledge the distraction, and just carry on.

Where’s God in all this?

I truly believe that I’ve been blessed with an excellent therapist. She seems to know my fears and struggles, and paces me well. She also never gives me more than I can deal with, while allowing me to push myself when it’s safe. She directs my recovery without actually directing it, and nudges me with the right amount of chiding. I thank God for her.

None of what I’ve been tasked to do will affect my walk with God. I’m a mess inside, and my mind and feelings are fixated with that currently because that inherent brokenness hangs over everything like a pall. Until and unless that pall is lifted, I can’t focus on God alone. I am thankful for His love and patience in keeping me safe, and allowing me the space to try to make sense of things.

Mindfulness is interesting in that I’ve actually got a concrete way in which I can practise loving myself now. And that’s something that I’ve never really been able to do. When I’m better, it may help me to be more aware of my sinful heart and my sinful desires, but for now, I’m content to just float along, to see what debris floats out of the whirlpool of my soul. And maybe to pick out a piece or two of the flotsam and jetsam, just to see what the big deal is.

Again, I don’t dare focus on what lies beyond that. I’m still learning to put one foot in front of another. But now I have a little hope flaring again, that I might be able to do something that can guide me out of this mess. If not, I might just learn something new about myself, so that isn’t a bad thing either. 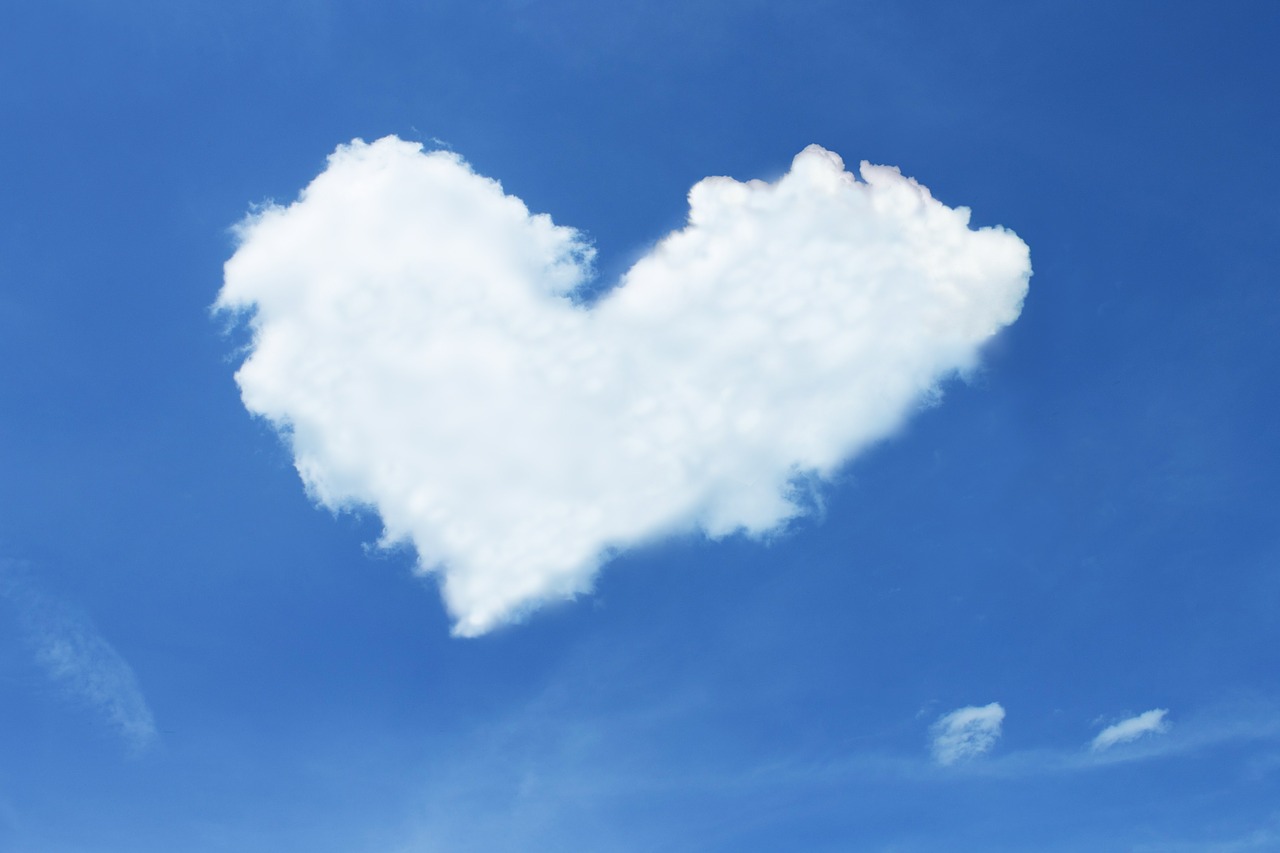